Tajikistan, is a country in Central Asia surrounded by Afghanistan, China, Kyrgyzstan and Uzbekistan. It’s known for rugged mountains, popular for hiking and climbing. The Fann Mountains, near the national capital Dushanbe, have snow-capped peaks that rise over 5,000 meters. The range encompasses the Iskanderkulsky Nature Refuge, a notable bird habitat named for Iskanderkul, a turquoise lake formed by glaciers.

Arrival at Tashkent International airport. Our tour escort will host you from outside airport.Transfers to Hotel. Check in Hotel. Short city tour of Old Tashkent. Visit Khasti Imam Mosque & Usmanquran Museum. Transfers to Hotel Free time to explore the city on your own. Overnight at Hotel.

Transfer to Zangi Ota Mosque after Breakfast at Hotel Only 20 kilometres from the city center along the old road to Samarkand in the eponymous village of Tashkent region there is one of the most interesting historical and architectural monuments of XIV century – a complex of mausoleums Zangi – Ota. It is the resting place of Sheikh AI- Hodge (Zangi-Ota), a fifth of the murid of the great Sufi Khoja Ahmad Yassavi and spiritual student of the famous mystic poet Suleiman Khaki – ata Bakyrgani. Visit explore Tashkent city with guide: Chor-Su Bazaar. Then take a ride on Tashkent Metro to city center with Amir Temur Square, Independence Square. Transfers to Hotel. Free time to explore the city on your own. Overnight at Hotel.

Breakfast at Hotel. Take a Afrosiyob train to Bukhara. Arrival in Bukhara Transfer to Memorial complex of the great Sufi, Saket and saint Sheikh Bahauddin Naqshbandi is near Bukhara. According to his studying, if person works manually it gives him the right to independence in the work, actions and thoughts. His famous statement: “Allah is in mind, and hands – in the work”. There is a wishing stone – SangiMurod inside the wall of the mausoleum. Believers from different countries come here to ask for the fulfillment of wishes.It is believed that Naqshbandi averts disaster. Memorial complex Bahauddin Naqshbandi is rectangular courtyard where the tomb of Saint Sheikh. The modern aivan with wooden columns is decored the central courtyard. The decoration of the ensemble is characterized of XVI century. Dakhma with marble fence was erected by Abdulaziz Khan in 1544, and near was built the great building Khanaka. Later here was formed a vast necropolis – tomb of Bukhara emirs. Decorated mosques Muzaffarkhan and Hakim Kushbegi are struck by its beauty, which formed the courtyard with creek around the mausoleum. At the beginning of our century the Memorial complex Bahauddin Naqshbandi was restored. The arches in national style, blue domes, different gate and columns were built here. One of the most beautiful of architectural ensemble of Bukhara, the complex Bahauddin Naqshbandi meets pilgrims with silence and solitude.Transfers to Hotel Free time to explore the city on your own.Overnight at Hotel.

Breakfast at Hotel. In the morning transfer to Samarkand (290 km, 4 h.). En route visit the Memorial Complex of Abu Abdulloh Mukhammad ibn Ibrohim, Ibn al Mugiyraibn Bardazbeh al Juafiy Al-Bukhari. Continue to holy place which is a few kilometers away from this complex, the burial place of Hazrat Makhdumi A’zam Dahbediy(1461-1542), a Sufi philosopher, and a descendent of Hazrat Ali. Arrival in Samarkand Check in to the Hotel. Free time to explore the city on your own. Overnight at the Hotel.

Breakfast at Hotel. In the morning visit Complex KhojaAkhrarVali, Khoja AL Mansoor al Matrudi, Bibi-Khanum mosque, Shakhi-Zinda Necropolis, where you can visit the tomb of Qusamibn Abbas, continue to Hazrat Hyzr Mosque. In the afternoon visit magnificent Registan Square, the noblest square in Central Asia, Observatory of Ulugbek, and Siab Bazaar. End the sightseeing tour with a visit to Gur-Emir Mausoleum – the graveyard of Tamerlane and Timurids. Transfers at Hotel Free time to explore the city on your own. Overnight at the hotel.

Breakfast at Hotel. Arrive to the Tajik Uzbek Dusti-Sariosiyo, cross the border and meet your Tajik Guide and drive to Kulyab city via the capital of Tajikistan- Dushanbe. Have lunch and continue on the way to the south of Tajikistan , Kulyob city, which has 2700 years history and located on the way of Silk Road.
On the way have stop at Norak HPP dumb, 300 m platina, very famous as a Tajik Blue sea. Transfers back to Hotel. Free time to explore the city on your own. Overnight at the Hotel in Kulyab.

Breakfast at Hotel.Proceed to the mausoleum of Mir Said Ali Hamadoni – The person who brought Islam to Kashmir in 13 c ad. Also to develop the area he brought there the crafts like pashmina making, jewelry making, ceramic vessels, and the famous trees of Chinars. He was a religious leader, poet and traveler. In Tajikistan he is very famous as an Hazrati Amirjon , even as a respect to him the Government of Tajikistan putted his profile on the one of banknotes of the country with his poem (10 somoni). He was born in Hamadan of Iran and graved in Kulyab city. First part of the day you will have great opportunity to explore the Mausoleum of Mir said Ali Hamadani, because this place is pilgrimage area of locals and foreigners. Drive back to Dushanbe – the capital of Tajikistan. Transfers to Hotel. Free time to explore the city on your own. Overnight in the hotel.

Breakfast at Hotel. Transfers for sightseeing in the capital of Tajikistan: Independent square, Symbol Square, Palace of Nation, and Flag Square (2nd highest flagpole in the world 165m), Rudaki Park, National Museum of Tajikistan. After lunch visit Navruz Palace – the biggest Tea House in Central Asia, this becomes an entertainment place for the locals and guests of the country. Transfers to Hotel. Free time to explore the city on your own. Overnight in the hotel.

Breakfast at Hotel. Transfers to beautiful Varzob Gorge, Mountain passes and tunnels to the Tajik/Uzbek border Fotehobod/Oybek (430 km). Beautiful and unique nature and mountains gives to the nature lover to enjoy and make lot of pictures. Transfers to the biggest Oriental bazaar in Central Asia and complex of Sheyh Maslihatdin in ancient Khujand city – the second biggest city of country, located at the bank of famous river Sir Darya in the north of Tajikistan). From Khujand we will drive approximately 1 hour to the border. You will cross two borders and meet your Uzbek guide and continue your way to Tashkent (1.5 hours’ drive from Uzbek border to Tashkent). Transfers back to Hotel. Free time to explore the city on your own. Overnight at Hotel.

Breakfast at Hotel. Transfers for shopping. Transfers to Hotel Free time to explore the city on your own.
Overnight at Hotel.

Have breakfast at the hotel and then proceed for check-out. Then, you will be transferred to the airport to fly back home with fond memories. With this concludes your trip. 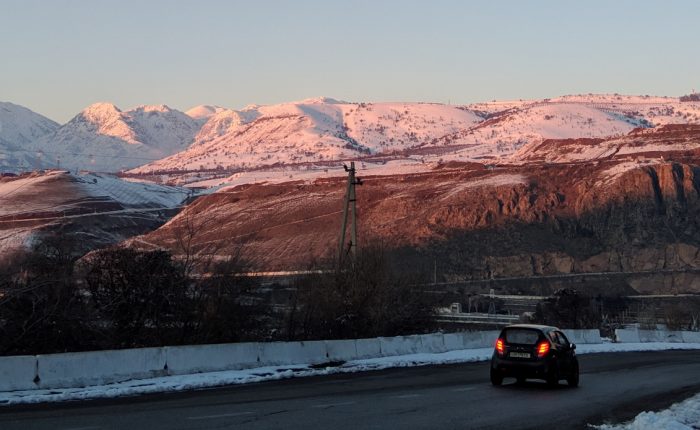 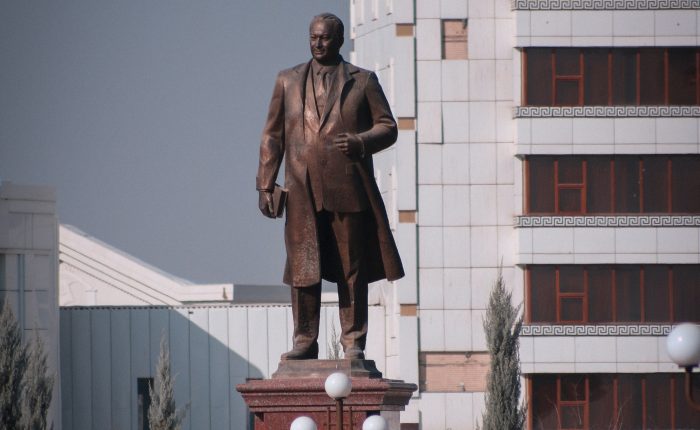