Gangtok – Wreathed in clouds, Gangtok, the capital city of Sikkim is located on a ridge at a height of 5500 feet. With a spectacular view of the Khangchendzonga, the town provides the perfect base for travel through the state. It is a cosmopolitan town which offers the tourist all possible amenities. Gangtok is popular place with tourists heading on treks, though the facilities do not reflect the number of international visitors. However, efforts are being made by the government to improve the conditions. Gangtok would be easily one of the most cleanest cities you would ever come across, highly organised and beautifully maintained it the Switzerland of the east.

Lachung is a mountain village close to the Tibetan border, in the northeastern Indian state of Sikkim. It’s divided by the Lachung River. The village is home to the 19th-century Buddhist Lachung Monastery, surrounded by apple orchards. Nearby, the Yumthang Valley’s Shingba Rhododendron Sanctuary protects many species of rhododendron. The valley is also known for its waterfalls, pine forests and hot springs

Pelling is a small town in the northeastern Indian state of Sikkim, at the foothills of Mount Khangchendzonga. The late-17th-century Buddhist Sanga Choling Monastery has mountain views. Pemayangtse Monastery features wall paintings, sculptures and a gold-plated statue of Guru Padsambhava. Overlooking a valley, the 17th-century Rabdentse Palace, now in ruins, still has evidence of the king’s bedroom and kitchen.

Meet & Greet on arrival at NJP Railway Station / IXB Airport & transfer to Gangtok (5,500 ft.). On arrival Check-in to hotel & rest of the day at leisure. Overnight stay at Gangtok.

After breakfast check out from hotel with limited luggage and proceed to Lachung (8,700 ft.), North Sikkim. On the way take a break for some beautiful spots which are worth seeing and visiting like Naga Waterfall, The Confluence of Lachen Chu (River) & Lachung Chu (River) at Chungthang and Bhim Nala Waterfall. On arrival at Lachung check into your hotel. Dinner & Overnight stay at Lachung.

After breakfast proceed to Gangtok (5,500 ft.). On the way if the weather is clear you may get to see Mighty Khangchendzonga from
Singhik view point. On arrival at Gangtok check-in to your hotel. Rest of the evening free for your own activities. Overnight stay at Gangtok

After breakfast Check-out from hotel and take the departure transfer to NJP Railway Station / IXB airport for your onward journey. 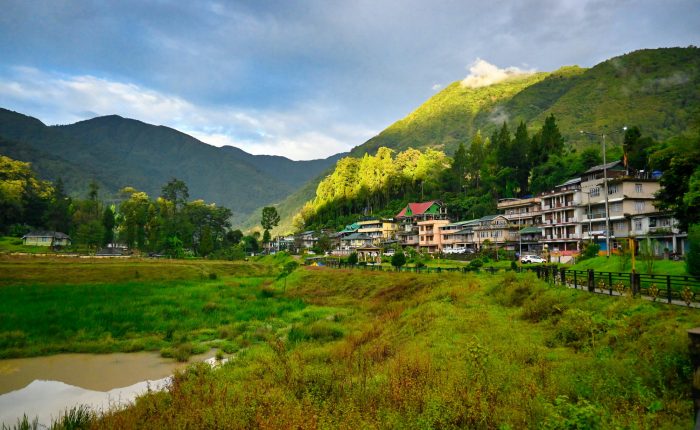 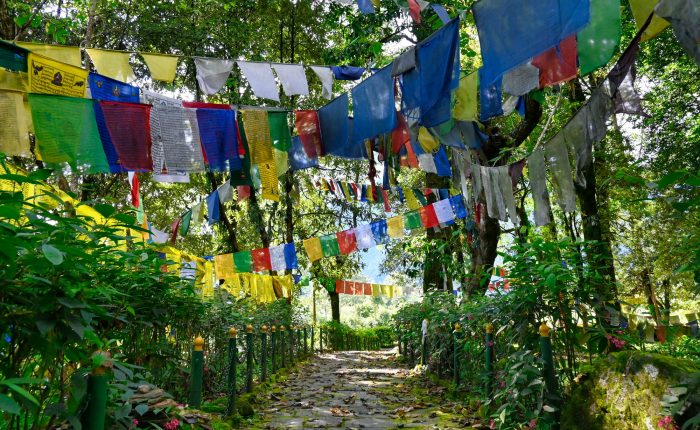