When you book with an account, you will be able to track your payment status, track the confirmation and you can also rate the tour after you finished the tour.
Sign Up
255

This popular tour takes you to visit one of the largest stupas of the world at   Bouddhanath, which is a large colossal structure standing tall underneath the blue majestic sky. Before driving for an overnight stay at Nagarkot, you will head towards Patan Durbar Square in Lalitpur and roam around the old streets and explore ancient temples and pious monuments like the Krishna Temple, and the Golden Temple. In Nagarkot, you will enjoy the most spectacular sunset and sunrise views along with the majestic mountain vistas.

Meeting at airport upon arrival by Office Personnel. Transfer to hotel. Kathmandu is the capital of Nepal and the Kathmandu Valley is the political and cultural heart of the Kingdom. The urban sprawl that makes up modern Kathmandu is in fact two cities, Patan and Kathmandu.

This morning you will be taken for a visit of the Hindu culture in Nepal, Pashupatinath. This is the place where holy saddhus pray. The Pashupatinath Temple is a famous, sacred Hindu temple dedicated to Pashupatinath and is located on the banks of the Bagmati River 5 kilometres north-east of Kathmandu Valley in the eastern city of Kathmandu the capital of Nepal. This temple is considered one of the sacred temples of Hindu faith. The temple serves as the seat of the national deity, Lord Pashupatinath. This temple complex is on UNESCO World Heritage Sites’s list Since 1979. This “extensive Hindu temple precinct” is a “sprawling collection of temples, ashrams, images and inscriptions raised over the centuries along the banks of the sacred Bagmati river”.

We then continue to the holiest shrine for the Buddhist culture in Nepal, Bouddhanath, with its large stupa, this is the place where all devout Buddhists come for a pilgrimage. After completion of these two spots, you will be taken take you for a visit to Patan. Also known as Lalitpur, the city of beauty is separated from Kathmandu only by the Bagmati River and is the second largest town in the valley. Lalitpur is fragmented from other cities due to its substantive architectural ancient masterpieces. Patan’s central Durbar Square is absolutely packed with temples: Its an architectural center point with a far greater concentration of temples per sq. meter than in Kathamandu or Bhaktapur. Within the city also lies the Tibetan refugee center, home to most of the valley’s Tibetan population. While technically refugees, the Tibetans are some of the wealthiest people in the valley because of the carpet industry they operate. For those looking to bring home a fine Tibetan carpet, this is the place to shop. You will then go to Swayambhunath the golden spire of the 5th-century Swayambhu stupa is adorned with a colorful fluttering of prayer flags; it crowns a hill overlooking the Kathmandu Valley and offers fantastic views over the city of Kathmandu. Swayambhunath is one of the most recognizable symbols in Nepal and the painted eyes of Buddha watch all who ascend the worn stone steps.

Drive to Nagarkot. Nagarkot is situated 35 kilometers, 1.5 hrs drive east of Kathmandu at an altitude of 2,175 meters. The panoramic view of the major peaks including Mt. Everest can be seen from here. This place is also famous for viewing sunrise and sunset. Overnight at hotel.

On the way to Nagarkot at 17 kms stop for Bhaktapur. Perhaps the least changed of all the cities in the Kathmandu Valley, with a distinct medieval feel. Pottery and weaving are still traditional industries here. Architectural wonders abound, including the Palace of Fifty Five Windows, Golden Gate and the magnificent five-storied pagoda-style Nyatapola Temple.

Drive straight to the airport which is 1.5 hours drive approx to board flight for onward journey. 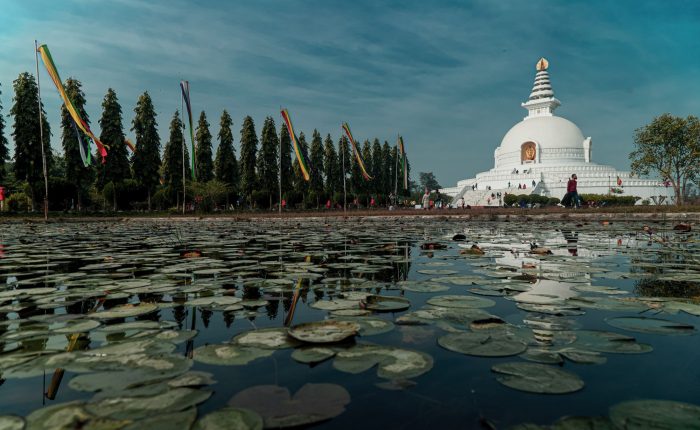 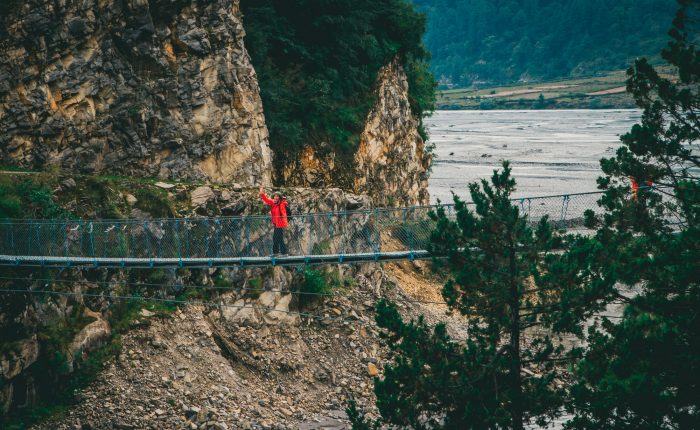