When you book with an account, you will be able to track your payment status, track the confirmation and you can also rate the tour after you finished the tour.
Sign Up
266

Vietnam Cambodia tour package avails you two destinations with distinct scenic beauty. Although Vietnam is the perfect blend of scenic sunsets, beaches and temples but Cambodia is a witness of many historical places. Thus these two different places make a perfect combo as a Vietnam Cambodia tour package. In your trip to Vietnam and Cambodia, Vietnam is an ancient country near Indochina Peninsula serving its preserved culture having a combination of Chinese, Japanese, French and American Colonial. The other destination in your package holidays to Vietnam and Cambodia is Cambodia; Cambodia is close to Vietnam on an hour distance by plane. Cambodia showcases Thailand culture and some historical places. One of the destinations in your Vietnam and Cambodia holidays is Vietnam which is listed as World’s 15th ‘most populous’ country offering multiple cultures. In your Vietnam and Cambodia packages, you will witness different combinations of colors of sky and beaches changing from sunrise to sunsets. Vietnam maintains some Buddha culture temples while Cambodia serves its archeological places and historic museum reflecting Cambodian culture.

Siem Reap, a resort town in northwestern Cambodia, is the gateway to the ruins of Angkor, the seat of the Khmer kingdom from the 9th–15th centuries. Angkor’s vast complex of intricate stone buildings includes preserved Angkor Wat, the main temple, which is pictured on Cambodia’s flag. Giant, mysterious faces are carved into the Bayon Temple at Angkor Thom.

Arrive at Noi Bai International Airport, welcome by our guide and transfer to your hotel. The transfer distance is approximately 40 munites.
Hanoi or “River-bound City” as its name literally means is Vietnam’s capital with a thousand-year-old history dating back to 1010. The city’s fascinating beauty which is characterized by unique cultural relics, ancient streets of antique houses, elegant French colonial buildings, tree-lined boulevards and romantic lakes has made it one of the most charming cities of Asia.

Late afternoon, visit Hoan Kiem Lake and Ngoc Son Temple located on an islet in the lake. Hoan Kiem Lake is the center point of Hanoi and home to a rare endangered giant turtle species. Its name “Returned Sword” comes from a legend of a sacred sword being lent to an ancient Vietnamese King by a holy turtle from the lake and later returned to the turtle. Shop or walk at leisure in the Old Quarter of 36 ancient streets.

Morning pickup at 8:00 AM from your hotel for transfer to Ha Long Bay, which is about 160 km or 3.5-hour drive away. On the way, you will see some rural areas of the Red River Delta with plenty of chances to take photos of Vietnamese farmers working in paddy fields. Stop half way to visit a handicraft workshop of fine clothes and embroidered paintings. Arrive in Ha Long City at 11:30 AM and check in aboard the booked junk right after the welcome drink is served. Start cruising while having lunch on board and enjoy the mighty bay view. Ha Long Bay meaning Descending Dragon Bay in Vietnamese as legend has it that it was where a holly dragon landed down from sky. The bay, famous as one of the world’s wonders and heritage sites whose formation dates back 500 million years, consists of around 2,000 karst islands and islets scattered over an area of 1,553 km2. The bay cruise will continue with up close sighting of Dinh Huong Island, Ga Choi Island, Dog Island, Sail Island, a visit to Sung Sot Cave and swimming stop at Titov Beach. Relax to enjoy the bay view at sunset, have dinner after, go fishing at 09:00 PM and spend a night on board.

Early risers can enjoy the splendid yet tranquil view of the bay at the crack of dawn. Breathe the sea’s fresh air, feel the morning breeze and hear the sounds of birds above. Have breakfast and cruise to visit Human head shaped island and Tortoise Island. Continue to cruise into Bai Tu Long Bay to discover the adjacent bay of “The Little Dragon Bowing to His Mother” as it is named. Check out and have lunch on board while heading to shore. Disembark and transfer back to Hanoi airport for flight to Ho Chi Minh

Arrive in Ho Chi Minh City, welcome by our guide and transfer to hotel for check in.
Ho Chi Minh City formerly named Saigon is the largest city and economic center of Vietnam always bustled with activities of modern life. It is where businesses converge and shoppers indulge themselves into unlimited choices. However the city also carries with it a rich historical legacy in contrast with its dazzling glamor.

Morning, take a half-day tour to the Cu Chi Tunnels, 75 km Northwest of downtown Ho Chi Minh City, which were once a major underground hideout and resistance base of Viet Cong forces during the two wars against the French and later on Americans. The tunnels, entirely hand-dug, formed a highly intricate network of interlinked multilevel passageways at times stretched as far as the Cambodian border and totaling over 120 km in length. Its complexity was beyond imagination containing meeting rooms, kitchens, wells, clinics, schools, depots, trenches and emergency exits all aimed for guerrilla warfare. The tunnels were deep and strong enough to withstand destructive bombings and self-contained enough to outlast prolonged sieges. Back to Saigon

Afternoon, take a half-day city tour to visit outside of Saigon Notre-Dame Basilica (is renovating until 2022), a neo-Roman cathedral built by the colonial French with materials entirely imported from Marseilles, Saigon Central Post Office, which was designed and constructed in the early 20th Century by the famous French architect Gustave Eiffel. Then, visit the War Remnants Museum, which features an extensive collection of exhibits including weaponry, photos and documentation on Vietnam’s wars with the French and Americans. End of day, you have free time to go shopping at Ben Thanh Market.

Free at leisure until transfer to airport for flight to Siem Reap Upon arrival in Siem Reap, you will be met with our guide and driver and transferred to your comfortable hotel for check in. Room may not ready until 2pm. Afternoon, enjoy a boat ride on the Tonle Sap Lake. This is the largest permanent fresh-water lake in South East Asia and flows into Tonle Sap River, joining the Mekong in Phnom Penh. We will see a fishermen’s “floating village” with floating schools, floating police station, etc.

After breakfast at hotel, we go out to visit the antique capital of Angkor Thom (12 century): the South Gate with its huge statues depicting the churning of the ocean of milk, the Bayon Temple, unique for its 54 towers decorated with over 200 smiling faces of Avolokitesvara, the Phimeanakas, the Royal Enclosure, the Elephants Terrace and the Terrace of the Leper King. Continue visit Ta Prohm Temple, one of the area’s most beautiful temples. The temple of Ta Prohm was once used as a location in the famous Hollywood film Tomb Raider.

Afternoon, visit Angkor Wat. Angkor Wat is a World Heritage Site since 1992, famous for its beauty and splendor. Angkor Wat features the longest continuous bas-relief in the world, which runs along the outer gallery walls and narrates stories from Hindu mythology.

This morning you will be transfer to airport for your flight back home or your next destination.

What are Cambodia Tourist Visa Requirements? 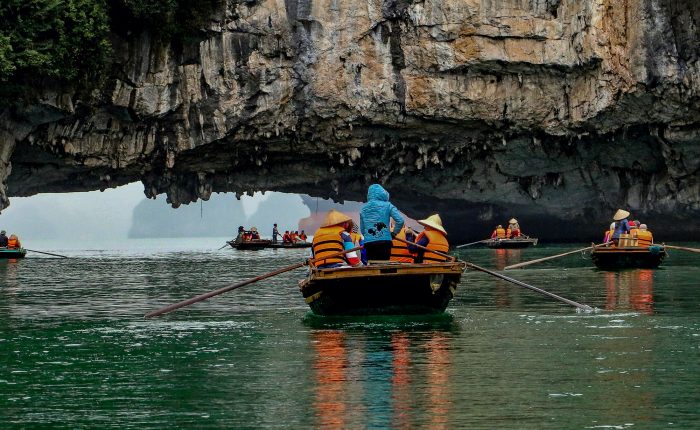 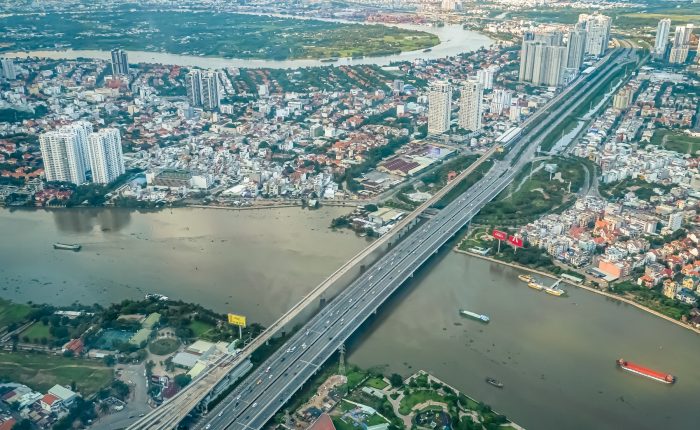 3nt Saigon, 1nt Can Tho
Excursion To Cu Chi tunnels – My Tho
Daily Breakfasts
Return airport transfers
All Transfers & Tours are on PVT basis