When you book with an account, you will be able to track your payment status, track the confirmation and you can also rate the tour after you finished the tour.
Sign Up
239

Odisha popularly known as Orissa is famous for its own culture, languages and dance forms, I believe many do not know or do not have much information about this beautiful state of India. Since every state of India has its diversity and forms so do Odisha. It has various dance forms, tribal cultures, and amazing tasty foods. Know every minute details about this state. We have included some amazing places which you need to visit in Odisha.

Puri, is a coastal city and a municipality in the state of Odisha in eastern India. It is the district headquarters of Puri district and is situated on the Bay of Bengal, 60 kilometres south of the state capital of Bhubaneswar.

Bhubaneswar, is an ancient city in India’s eastern state of Odisha, formerly Orissa. Many temples built from sandstone are dotted around Bindu Sagar Lake in the old city, including the 11th-century Hindu Lingaraja Temple. Outside Rajarani Temple are sculpted figures of the guardians of the 8 cardinal and ordinal directions. Jain antiques, weaponry and indigenous pattachitra paintings fill the Odisha State Museum.

Bhitarkanika, Mangroves is a mangrove wetland in Odisha, India, covering an area of 650 km in the Brahmani River and Baitarani River deltas.

Dhauli – It is one of the famous Buddhist destinations in India, where Mauryan Emperor Ashoka
renounced the path of violence and embraced Buddhism, after witnessing the devastation of
Kalinga war & also known as “Peace Pagoda”.

Pipili – It is Famous for Appliqué work and also known as the handicraft village.

Sun Temple – The temple was built by King Narasimhadeo in the 13th century, it is counted among the 7 wonders of India, famous for world heritage site & also known as “Black Pagoda”. Dedicated to the Hindu Sun God Surya, what remains of the temple complex has the appearance of a 100 ft (30 m) high chariot with immense wheels and horses, all carved from stone.

Chandrabhaga Beach – Cultural and traditional identity of Orissa, which is famous for its long stretch of golden sand bordered with casuarinas.

Ramachandi Temple – It is on a beautiful spot on the banks of the Kusabhadra River. Goddess Ramachandi, the deity of Konark is thought by some to be the presiding deity of this temple, while others thought it to be the temple of Mayadevi, wife of Surya.

After breakfast proceed to Chilika Lake, on arrival at Satapara see the Irrawaddy Dolphins and the Sea
mouth (the point where the lake meets the sea), Virgin Island, Birds Island. Then back to Puri, visit to world famous Jagannath Temple (only Hindus are allowed inside the premises of Jagannath temple), then relax at golden sea beach, free time shopping at Local market, back to hotel, overnight @ Puri.

Chilika Lake – It is Asia’s largest brackish water lake & spreads across 1,100 sq km. The lake is a winter hub of many spectacular migratory birds. The view of sunset & sunrise is a delight to watch. It has been listed as a tentative UNESCO World Heritage site.

Jagannath temple – One of the four dhams, the temple is sacred to all Hindus and especially in those of the Vaishnava traditions. Many great Vaishnava saints, such as Ramanujacharya, Madhvacharya, Nimbarkacharya, Vallabhacharya and Ramananda were closely associated with the temple.

After breakfast proceed to Kalijai, visit Kalijai Temple . Then proceed to Mangalajodi, enjoy the boat ride. Then drive to Bhubaneswar, check in hotel, take dinner, overnight stay at Bhubaneswar.

Kalijai Temple – It is located on an island in Chilika Lake. It is considered to be the abode of the Goddess Kalijai. Highly revered by the local populace, the deity has been venerated in the local folklores and legends.

Mangalajodi– It is also known as heaven of water birds. Its vast wetlands attract thousands of migratory birds, journeying from as far different places of the world. Its wetlands now host more than 1.5 lakhs of birds in the peak season. November to March is a good time to visit for enjoying an amazing experience. Its importance as a significant global wetland habitat and declared as an International Bird Conservation Area.

Nandankanan – Nandankanan, literally meaning The Garden of Heaven,It was opened to the public in 1979 and became the first zoo in India to join World Association of Zoos and Aquariums (WAZA) in 2009 The most attractions are white tiger, Lion safari and the Botanical garden.

After breakfast check out hotel, drive to Chandaka Elephant santuary, enjoy the Jungle Safari. Then
proceed to Bhitarkanika, check in resort, relax at the resort. Overnight at Bhitarkanika.

Chandaka-Chandaka forest is spread over 175.79 square kilometers (67.87 sq mi) of rolling table land and small sprawling hillocks of Khurdha and Cuttack Districts. It was designated as an elephant reserve in
December 1982.

Early breakfast drive to Bhitarkanika en-route to Khola (Entry point of Bhitarkanika National Park), then board on boat and visit different creeks to see spot crocodiles, bird sanctuary, trekking to hunting tower of ancient king, crocodiles breeding centre, spotted deer, Lotus pond, many kinds of Jungle animals and museum. Then drive back to Bhubaneswar, check in hotel, overnight at Bhubaneswar.

Bhitarkanika – Bhitarkanika National Park is a 145 km2 (56 sq mi) large national park in northeast Kendrapara district in Odisha. It was designated on 16 September 1998 and obtained the status
of a Ramsar site on 19 August 2002. The area is also been designated as second Ramsar site of the State
after the Chilika Lake. It is surrounded by Bhitarkanika Wildlife Sanctuary, which spread over
672 km2 (259 sq mi). Gahirmatha Beach and Marine Sanctuary are to the east, separating swamp region and mangroves from the Bay of Bengal. It hosts many mangrove species, and is the second largest mangrove ecosystem in India. The national park is home to Saltwater crocodile (Crocodylusporosus), Indian python, king cobra, black ibis, darters and many other species of flora and fauna.

After breakfast check-out from hotel, visit Lingaraj Temple, enjoy the free time shopping at Local Market,
then drop at Bhubaneswar Railway station / Airport for your onward journey with sweet memories of
Odisha.

Lingaraj Temple – It is dedicated to Harihara, a combination of Lord Shiv & Vishnu, this temple was
constructed in the 11th century, by Jajati Keshari, a Somavanshi king. 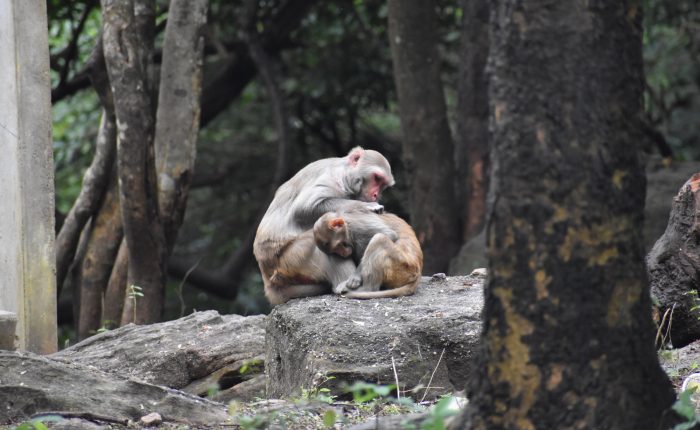 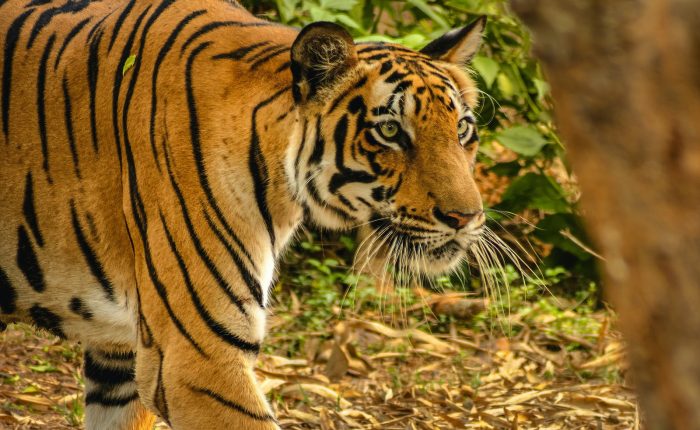