When you book with an account, you will be able to track your payment status, track the confirmation and you can also rate the tour after you finished the tour.
Sign Up
274

Pack your bags and visit this home to Lenin’s Mausoleum, the State Historical Museum’s comprehensive collection and St. Basil’s Cathedral, known for its colorful, onion-shaped domes. During any season, at any hour of the day, Moscow thrills visitors with its artistry, history and majesty.

Moscow, is the capital and largest city of Russia. The city stands on the Moskva River in Central Russia, with a population estimated at 12.4 million residents within the city limits, over 17 million residents in the urban area, and over 20 million.

Saint. Petersburg, is a Russian port city on the Baltic Sea. It was the imperial capital for 2 centuries, having been founded in 1703 by Peter the Great, subject of the city’s iconic “Bronze Horseman” statue. It remains Russia’s cultural center, with venues such as the Mariinsky Theatre hosting opera and ballet, and the State Russian Museum showcasing Russian art, from Orthodox icon paintings to Kandinsky works.

Arrive at Moscow airport Meeting with English speaking guide and transfer to the hotel, you will have the opportunity to get your first glimpse of this truly unique city. Your Russian travel itinerary begins right away, as on the way of Hotel. Arrival at hotel & Check in Standard check in time at 1500hrs Unwind your luggage and get fresh free for leisure Overnight at Hotel.

Buffet breakfast at Hotel. Proceed to Visit Kremlin Territory + 01 Cathedral including some other attractions like Tsar Bell, Tsar Canon, Bell Tower. The Kremlin is famous landmark of Russia has been a symbol of power of the state and now a home to President. It is worth travelling to Moscow to admire the Kremlin’s majestic ensemble. Red Square, State Universal store (GUM), Lenin’s Mausoleum, St. Basil Cathedral (All from outside). Visit Zaryadye Park and Flying bridge without a single support (which is why it has been dubbed the “floating bridge”). The 70-meter (76 yards) cantilevered section affords visitors what are perhaps the best views of the Kremlin, the Krymsky Bridge and the Cathedral of Christ the Savior. Despite its fragile appearance, the bridge is designed for heavy loads. Between 3,000 and 4,000 people can be accommodated on its viewing platform at any one time. Metro tour or sub way tour Back to the hotel and overnight at hotel.

Buffet breakfast at hotel Check out from the hotel Moscow city tour: Moscow is the capital city and the most populous federal subject of Russia. The city is a major political, economic, cultural and scientific center in Russia and in Eurasia. This tour is a great start to your trip and the best way to be acquainted with many of the city’s major highlights Our professional guide will escort for City tour Sparrow Hills then you will proceed to Moscow state University, New Maiden convent, WW2 memorial. Transfer to the Railway station SAPSAN high speed train to St. Petersburg Arrival in St. Petersburg Meeting with guide and transfer to the hotel for check in Free for leisure Back to the hotel & overnight at hotel.

Buffet breakfast at the hotel Proceed to Visit Hermitage Museum The Hermitage consists of a complex of several buildings on the banks of the Neva River, the most important of which is the Winter Palace, which was the official residence of the ancient Tsars. The museum’s collection was formed through the private collection that the czars were acquiring over several centuries. The museum exhibits more than 3 million works of art: paintings, sculptures, archaeological pieces, numismatics objects, etc. They say that going through all the rooms means walking around 24 kilometers, which means that you have to live in the city to know the museum in detail. Neva river canal boat Cruise: Known as the “Venice of the North”, St. Petersburg stands out because of its islands, canals and bridges that cross the Neva River with its tributaries and branches. Only a few are drawbridges for practical navigation requirements. The figures are impressive: there are 342 bridges within the city limits, 5 in Kronstadt, 54 in Tsarskoye Selo, 51 in Peterhof, 16 in Pavlovsk and 7 in Oranienbaum. The total length of these bridges, if we were to join them, would be about 16 kilometers.  Many of them are true works of art. The opening of some of them at dawn makes them even more impressive. Proceed for city tour including Church of ‘our Savior on Spilled Blood’ Palace Bridge, Admiralty, Bronze Horseman, St. Isaac Cathedral, Peter & Paul fortress (All from Outside) Back to the hotel & overnight at hotel.

Buffet breakfast at the hotel Transfer to the Airport for flight back to home. We hope you take back unforgettable happy memories.

What are Russia Tourist Visa Requirements? 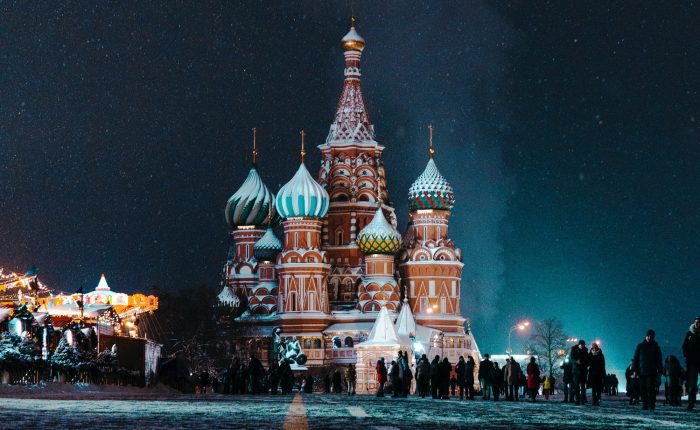 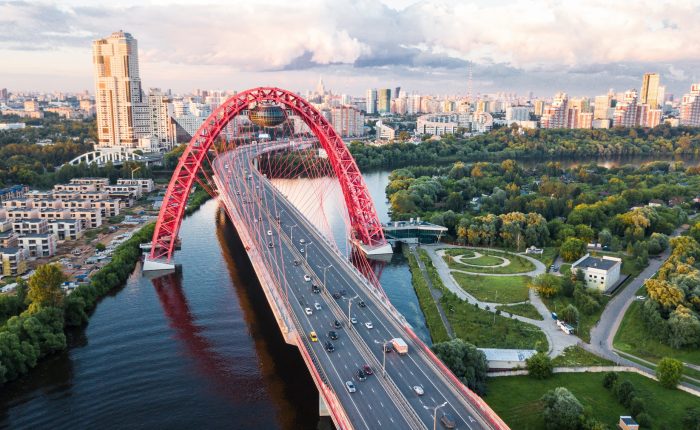 The iconic sights of Russia in 7 days