When you book with an account, you will be able to track your payment status, track the confirmation and you can also rate the tour after you finished the tour.
Sign Up
309

Turkey is a wonderful tourist destination packed with ancient monuments and natural scenery. This Eurasian country is blessed with rich culture, culinary variety, and vast history.

Istanbul, is a major city in Turkey that straddles Europe and Asia across the Bosphorus Strait. Its Old City reflects cultural influences of the many empires that once ruled here. In the Sultanahmet district, the open-air, Roman-era Hippodrome was for centuries the site of chariot races, and Egyptian obelisks also remain. The iconic Byzantine Hagia Sophia features a soaring 6th-century dome and rare Christian mosaics.

Antalya, is a Turkish resort city with a yacht-filled Old Harbor and beaches flanked by large hotels. It’s a gateway to Turkey’s southern Mediterranean region, known as the Turquoise Coast for its blue waters. Remnants remain from Antalya’s time as a major Roman port. These include Hadrian’s Gate, built to honor the Roman emperor’s visit in 130 A.D and 2nd-century Hidirlik Tower, with harbor views.

Meet and greet at Istanbul New Airport. Transfer to hotel (early check-in subject to availability, but we will do our best to arrange it). Afternoon at around 13:00hrs hotel pick-up for half-day tour. Drive by bus to Old City Walls, Golden Horn Then, Bosphorus Cruise along the Bosphorus, the winding strait separating Europe & Asia. Bosphorus coastline is a delightful mixture of the past and the present where one can enjoy the grand splendour and quaint beauty of the ancient wooden mansions, palaces of marble, fortresses, and small fishing villages. Rumeli Fortress (from the boat, no interior visit). After the tour drop at hotel. Lunch and dinner are excluded. Overnight at Hotel / Istanbul.

Breakfast at hotel. Hotel pick-up at around 07:50am for half-day city tour. Visits to St.Sophia Mosque, Byzantine Hippodrome, in which stand the obelisk brought from Egypt by Theodosius and the Serpent Column taken from Delphi by Constantine. Blue Mosque(will be visited from outside as there restoration works inside),which has six minarets and a middle dome of 109 feet and Grand Covered Bazaar(closed on Sunday, instead will visit Arasta Bazar)dating back to 15th century. It covers over 4,000 shops under one roof. Afternoon free at leisure. After the tour drop at Grand Bazaar. Lunch and dinner are excluded. Overnight at Hotel / Istanbul.

Box breakfast will be arranged. Early morning transfer to Istanbul New Apt to take an early morning flight to Kayseri . Upon arrival at Kayseri Erciyes Apt, drive to Cappadocia. Arrival to Cappadocia, visit to Red Valley which is one of the most beautiful trekking valleys in Cappadocia. Explore the famous rock-cut churches and hiking for 5km through the valley. After hiking, resting in Old Cavusin Village where is one of old Greek Villages in Cappadocia. The village is known with its houses and churches of the Christian clergymen. After lunch at local restaurant visit to Kaymakli Underground City, the place early Christians hid from persecutors. Finally visit to Pigeon Valley. After the tour transfer to hotel and check-in. Dinner. Overnight at Hotel / Cappadocia.

Breakfast at hotel. Full-day tour of Cappadocia. Morning visits to Devrent Valley which has various types of fairy chimneys. Pasabaglari (Monk’s Valley) with some other types of fairy chimneys. Avanos Region, known with its pottery, a craft dating back to Hittite period. After lunch at local restaurant visits to Goreme Open-Air Museum, which is full of pink, rose and white tapering columns. These tall free standing cones of stone curve and twist as if pulled from earth like taffy. Others are tall like fairy chimneys. The caves were settled in the 4th century as monasteries. Visit some caves on the cliffs to see Byzantine frescoes decorating early Christian churches. Stop at Citadel of Uchisar and Esentepe for beautiful view of Cappadocia. You will also have chance to take photo in these places. Dinner Overnight at Hotel / Cappadocia.

Breakfast at hotel. Day free till departure. Hotel check-out latest at 12:00hrs. Transfer to Kayseri Erciyes Airport (departure from Kayseri Erciyes Apt  to take a domestic flight to Antalya via Istanbul. Upon arrival at Antalya Airport meet with our assistant and transfer to hotel (early check-in subject to availability). Rest of the day free at leisure. Lunch excluded. Dinner Overnight at Hotel / Antalya.

Breakfast at hotel. Meet your guide and drive to Karpuz Kaldıran waterfalls, the place where the falls meet the sea and have a photo break in Konyaaltı beach. The next stop will be in Kaleici. Visit to old town with the gate of Hadrian, the Clock Tower, Fluted minaret, Palm Street and ancient harbour. There are many beatiful old houses in Kaleici. Drive to Duden Waterfalls. Time free at leisure. Return back to the hotel. Lunch at local Restaurant during the tour. Dinner Overnight at Hotel / Antalya.

Breakfast at hotel. All day free at leisure. Lunch is excluded. Dinner Overnight at Hotel/ Antalya.

Breakfast at hotel. Free till departure. Hotel check-out latest at 12:00hrs. Transfer to Antalya Airport to take a domestic flight to Istanbul. Upon arrival at Istanbul New Apt directly taking international flight back to India.

What are Turkey Tourist Visa Requirements? 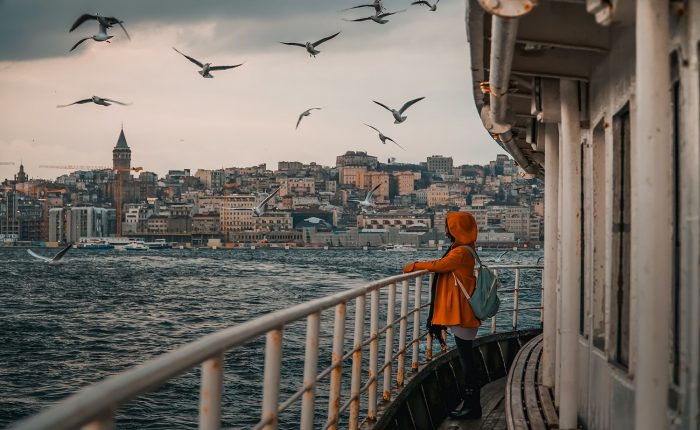 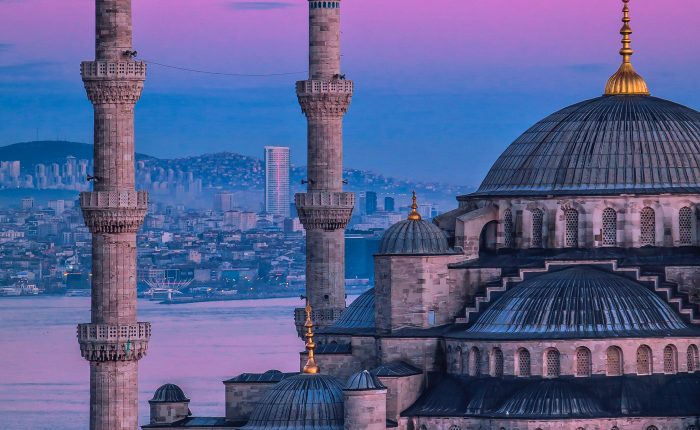