When you book with an account, you will be able to track your payment status, track the confirmation and you can also rate the tour after you finished the tour.
Sign Up
278

If you are looking for a week holiday discovering all the famous sites that Myanmar has on offer including Yangon, Bagan and Inle Lake, then this tour is perfect for you. Start off in the former capital of Yangon, you will visit the iconic pagoda of Shwedagon before head north to the magnificent temple plain of Bagan, “the city of four million pagoda”. Then fly to Heho, the gateway to the enthralling Inle Lake, discover the floating villages and see how the Intha fishermen ride their boats by one leg. We sure that this Myanmar trip will deliver you a fascinating journey that exceed your expectations!

Inle Lake, is in the Shan Hills of Myanmar. At its southwestern edge, Phaung Daw Oo Paya is a tiered pagoda with gilded Buddha statues. In the hills, near the market town of Indein, the stupas of Shwe Inn Dein Pagoda resemble a field of gold spires. The ruined stupas at nearby Nyaung Ohak have been reclaimed by forest. Maing Thauk village is split between land and water, with a wooden bridge connecting the two halves.

On arrival at the Yangon international airport, welcomed by our guide and transferred to your hotel for check in and has a rest (Check in time is 14:00 and early check in is subject to availability). Start tour with half day in Yangon. The former capital Yangon is the largest city and the most important commercial center in Myanmar. Visit the 2,600 years old Shwedagon Pagoda, the most sacred Buddhist pagoda for the Burmese can be seen from almost anywhere in Yangon. Witness the colors transform on the 100-meter pagoda which is literally covered with over 60 tons of gold leaf. So what’s behind the golden façade of the Shwedagon Pagoda? You will learn about the full history of the pagoda, the daily life of all people living in its immediate surroundings and a deeper insight in the Buddhist religion and how the spiritual belief is mixed with the belief in nats – the Myanmar spirits. An intriguing day starting from the bottom of the hill and passing the workshops, markets and monasteries which will be useful or even essential to understand more of the country during the rest of your journey. Then return to the hotel.

Yangon- Nyaung U (Bagan) Free at leisure until transfer to airport for domestic flight to Bagan city. Flight time is approximately 1.5 hours.  Arrival airport, you are transferred to Bagan ancient town by private car & guide. Bagan is really quiet, it’s a beautiful area, and the temples here are often completely deserted. Your experienced guide through Bagan will show you the best-known temples of the area. Start the day climbing a pagoda to get a first impressive view over the whole area. From here you continue to move to the other amazing temples that have been here for hundreds of years. Places like the Ananda, Dhammayangyi, Sulamani, and Thatbyinnyu will certainly impress you. Evening climb Pyathagyi pagoda or one of the temples for sunset.

Begin your day at Nyaung U market – a busy market in New Bagan when people from all around town come and buy their vegetables, herbs, meat and other ingredients for dinner. The guide will give an assignment to go and buy and taste 3 different kind snacks typical for the region. Visit Taungbi village where you visit the old wooden monastery built for royalty and two temples that are not well known but certainly worth a visit. The guide will explain to you the reason why so many pagodas were built here. Evening boat tour on the Ayeyarwaddy River for sunset.

Morning, transfer to airport for domestic flight to Heho. Flight time is approximately 1hour. Meet your driver for an airport transfer to Inle Lake. in southern Shan State is a vast natural lake surrounded by traditional Shan villages. Surrounding and on the lake itself the Intha people have been living for many centuries in villages built entirely on stilts. Embark on a private motorboat around the lake to discover its natural beauty, visit the floating gardens, see some of the famous leg rowers, and have a cup of tea at a local family’s house. On and around the lake, traditional markets are held in different villages according to a 5-day rotating schedule. You will be taken to visit one of these colorful markets frequented by Shan and PaO people. You certainly also visit a local cheroot factory (where the Burmese cigars are made), Phaung Daw Oo Pagoda, Intha Heritage house – where the Burmese cats are bred, a weaving factory and floating tomato gardens if wanted.

After breakfast, transfer to airport for flight back to Yangon. Transfer to the hotel. Afternoon sightseeing Yangon with visit to Bogyoke market, closed on Monday>, formally known as Scott Market, a sprawling 75 year old shopping complex noted for its variety of handicrafts and other items which provide an excellent opportunity for a shopping spree. Chaukhtatgyi Reclining Image, and then we make a short stop at the Royal Lake where we can admire the view of the Karaweik Hall overlooking this scenic lake. Afterwards, Then, the tour leads along Strand Road, into Mahabandoola Street, through Indiantown and Chinatown, past Sule Pagoda with its golden chedi, which makes a useful landmark in downtown Yangon.

Today you are free at leisure until meet our guide & driver transfer to airport for flight departure. 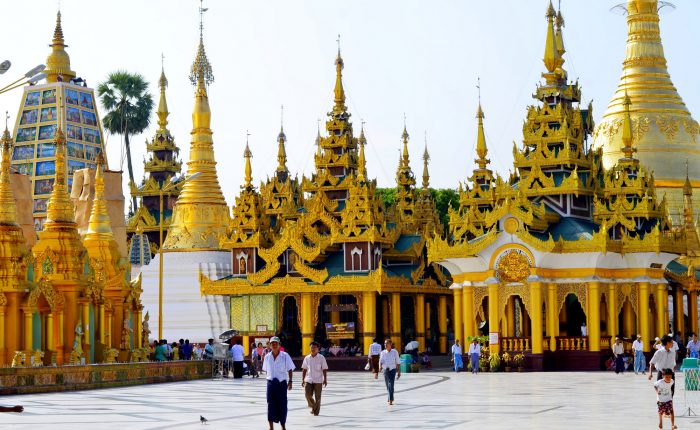 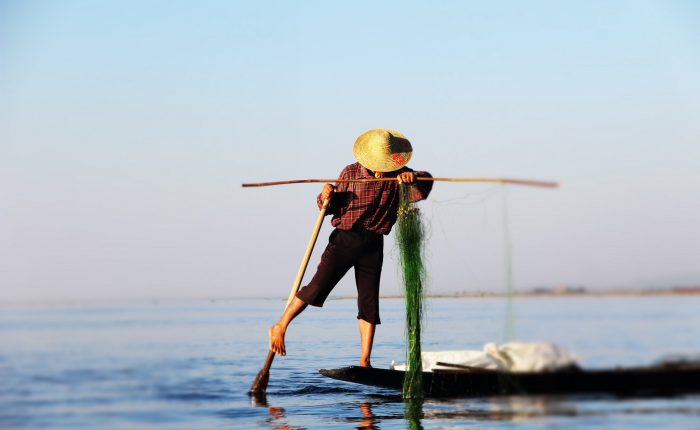