When you book with an account, you will be able to track your payment status, track the confirmation and you can also rate the tour after you finished the tour.
Sign Up
256

For those who have busy and hectic schedules and need to go lay back for a while at a place that still carries its old charms and provides unhampered peace, visit to Hua Hin is going to serve the purpose perfectly. Spend days basking in the sun along the crashing sea waves and enjoy water sports when you feel too lazed up, play golf or set out to discover the hidden caves and waterfalls and have a perfect time for and with yourself at the wonderful island. Visit the ever illuminating city, Bangkok and get into the groove of modern lifestyle with added fervour. After getting rejuvenated at Hua Hin, spoil yourself at Bangkok with addictive evenings and crazy shopping avenues. Unloading all the stress and loading bags full of shopping, return to your daily life with a refreshed vigour.

Hua Hin, has a tropical climate with high humidity and occasional rain. It is typically pleasant however, and can be enjoyed all year round. Generally, the best time of the year to visit Hua Hin is in the cool season from November to February, but for those who like it hot, then the hot season is from March to May (temperature gets up into the higher 30s). The rainy season (although it doesn’t rain every day) is from June to October with September being the rainiest of all. For those who don’t appreciate rain, be advised that the rain in Thailand usually comes in short sharp bursts. It doesn’t usually drizzle for long periods of time.

Bangkok, Thailand’s capital, is a large city known for ornate shrines and vibrant street life. The boat-filled Chao Phraya River feeds its network of canals, flowing past the Rattanakosin royal district, home to opulent Grand Palace and its sacred Wat Phra Kaew Temple. Nearby is Wat Pho Temple with an enormous reclining Buddha and, on the opposite shore, Wat Arun Temple with its steep steps and Khmer-style spire.

Upon Arrival in Bangkok Airport you will be met by our representative & you will be transferred to Hua Hin by Road which is approx. 3.5 hours. Rest of the day will befree at your leisure and individual activities. You could also explore the famous Night Bazaar & also get along the famous beaches of Hua Hin on your own. Overnight stay at the Hotel.

After Breakfast we drive south to see The Maruka Thai Yawan Palace (Place of love & hope ). Designed by King Rama VI, and completed in 1924. Spend time walking around the beautiful Teakwood Palace, now restored to its former glory. Then visit Hua Hin Railway Station, built in the reign of King Rama VI, the station is one of Thailand’s oldest railway stations. In addition, it is one of the country’s most beautiful train stations with unique architecture. Its most striking feature is the splendid Royal Waiting Room constructed in the Thai architectural style. The room was relocated from Sanam Chan Palace in Nakhon Pathom Province during the reign of King Rama VI.
Continue to visit Khao Takiab Vantage Point. This hill is situated at the southern end of Hua Hin, only 4 kilometers from the town. Visitors can go up the hilltop to enjoy a bird’s eye view of Hua Hin, which is one of the delightful views either during the day or night. There is a temple call Wat Khao Takiap situated on top of the hill. The giant golden Buddha Statue standing against the cliff has become a landmark of Khao Takiap. 12:00 hrs Transfer back to hotel. Overnight stay at the Hotel.

After breakfast, you will be Start your Journey back to Bangkok. Upon Arrival in Bangkok you will be transferred to your pre – booked hotel. Rest of the day will be free at your own leisure. Overnight stay at the Hotel.

After breakfast, proceed for the city tour which covers major landmarks including fascinating temples around the capital. Visit the Golden Buddha Temple (Wat Traimit), Located at the end of the China Town’s Yaowarat Road, near Hualampong Railway Station, Wat Traimit houses the world’s largest massive gold seated Buddha measuring nearly five meters in height and weighing five and half tons. In the past, artisans crafted the buddhas in gold and disguised them from invading armies by a covering of stucco and plaster. Also pay a Visit to the Marble Temple (Wat Ben), Wat Benjamabhopit, most commonly called Wat Benja was built in by King Rama V in 1900 and is renowned for more than one reasons. Nickednamed ‘The Marble Temple’ for all the external walls of the main temple are covered with marble imported from Italy, but also for being the temple embossed on the back of baht coins! Located near the many government offices and palaces, this wat is highly revered and is often visited by high ranked officials. Overnight stay at the Hotel.

After Breakfast check-out from the hotel and proceed to the airport for the return journey with wonderful memories of Thailand. 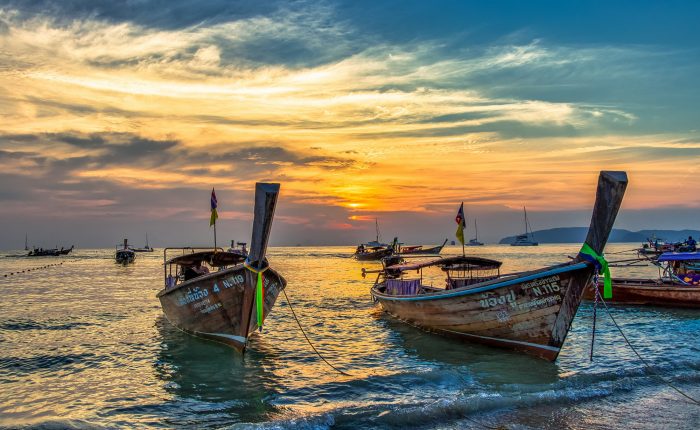 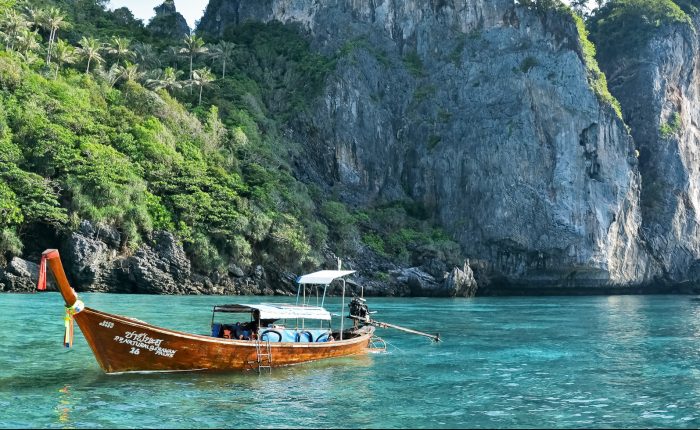